Skip to content
Standing in Solidarity with the Women in Iran

North Shore Crisis Services Society stands with the Women in Iran and supports their demands for fundamental change.

To help us write this article, we spoke to members of our community who were deeply disturbed by the protests in Iran to hear their perspectives and learn how we can best support the cause. In sharing their thoughts, they requested to remain anonymous and are quoted below as “Community”.

On September 16, a 22-year-old Kurdish-Iranian woman named Mahsa (Zhina) Amini was arrested for breach of the country’s dress code and died in Tehran while in custody of Iran’s morality police. Her death evoked a wave of fury against Iran’s compulsory hijab laws, security force brutality, and wide government oppression. As of November 2022, 451 protesters and 60 security forces have been killed by Iranian authorities. More than 18,000 people have been detained, many of them women and children. 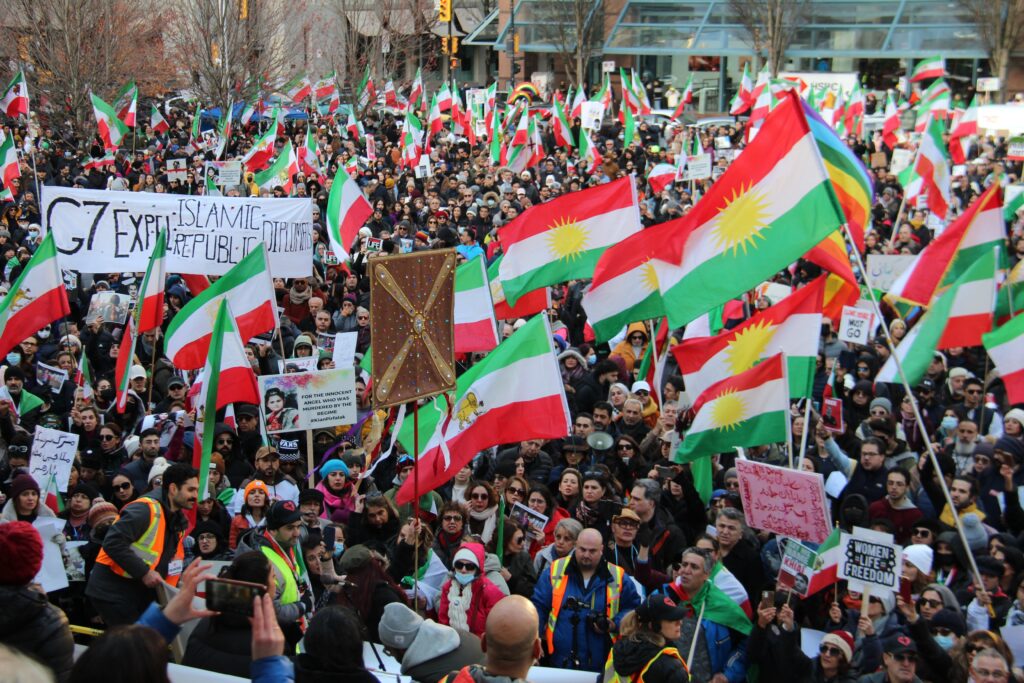 (Vancouver, BC – Photo by S. Ghaffarzadeh)

Since the unrest, activists of all genders and backgrounds have marched under the banner of women’s rights. It has impacted people all over the world – our neighbours on the North Shore included.  “The ones who are most affected by the revolution are civilians,” Community says, “some of our friends and their children in Iran are terrified and starving, and many were arrested with little cause and no means of paying bail.  Many escaped to another country. We want to do all we can to help, but those who fled have hope of returning home one day, and the process of sponsoring a refugee in Canada is often gruelingly long and difficult.”

For Muslim women, the choice to wear a hijab is a deeply personal one.  Iran’s compulsory dress code has been a point of contention since its enactment following the Islamic Revolution in 1979.

“The strange thing is,” Community says, “we’ve been seeing this shaming of women wearing hijabs in our neighbourhoods because the hijab has become a symbol of support for the regime. The reality being dismissed is that she wears her hijab because she wants to, and it may be independent of her politics. One woman had shared that she realizes she puts herself in danger by wearing her hijab in public, but without it, she feels unsafe anyway – naked and vulnerable. We are fighting for a world where everyone has the liberty of choice and body autonomy.  Is this a step in the right direction?” 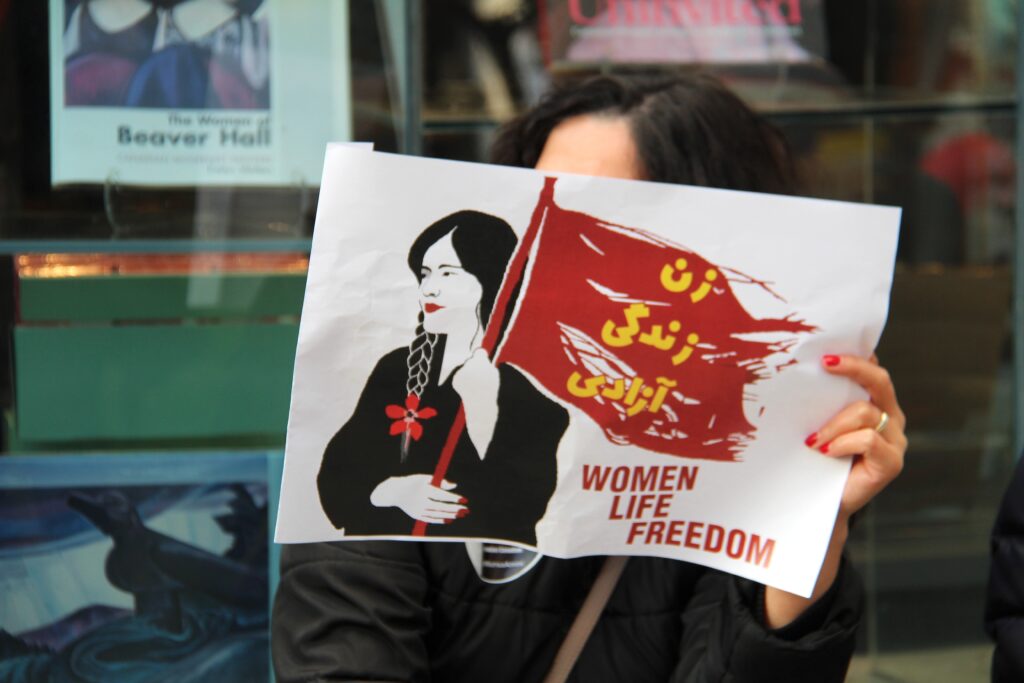 (Vancouver, BC – Photo by S. Ghaffarzadeh)

Community also shared, “This situation is so complicated and devastating.  I often feel burnt out, scared, and hopeless when I read the news or check social media.  My family attends weekly rallies to find strength and send prayers to our families in Iran.  This is all very difficult, but now is the time to support each other in whatever ways we can.”

One surprising consequence of the protests in Iran is this upsurge of youth engagement. “You can see that young people have relatively little to no fear in voicing their opinions about oppression,” Community explains, “the kids who grow up here are free of this fear of a violent corrupt government that many immigrants may still hold. The youth in Iran as well – they take it upon themselves to fight for our future. This seems like a youth revolution as much as it does a women’s revolution.”

Borrowing inspiration from UN Women, we have the choice to act in solidarity with the women in Iran, particularly those of us who have the privilege to speak up safely.  Whether it’s attending a rally, writing to your elected officials, encouraging youth participation in politics, or checking in your co-worker – your actions may have a larger impact than you think.

In a world free from gender-based violence, we could potentially see a vast store of talent and ability suddenly unlocked. “You look at Iran: 60 per cent of all university grads are women. Iranian women are [so] smart […] and they haven’t been able to use that ability because they [must] worry about their rights”

What is gender-based violence and abuse?

Make an Impact – Send a Gift